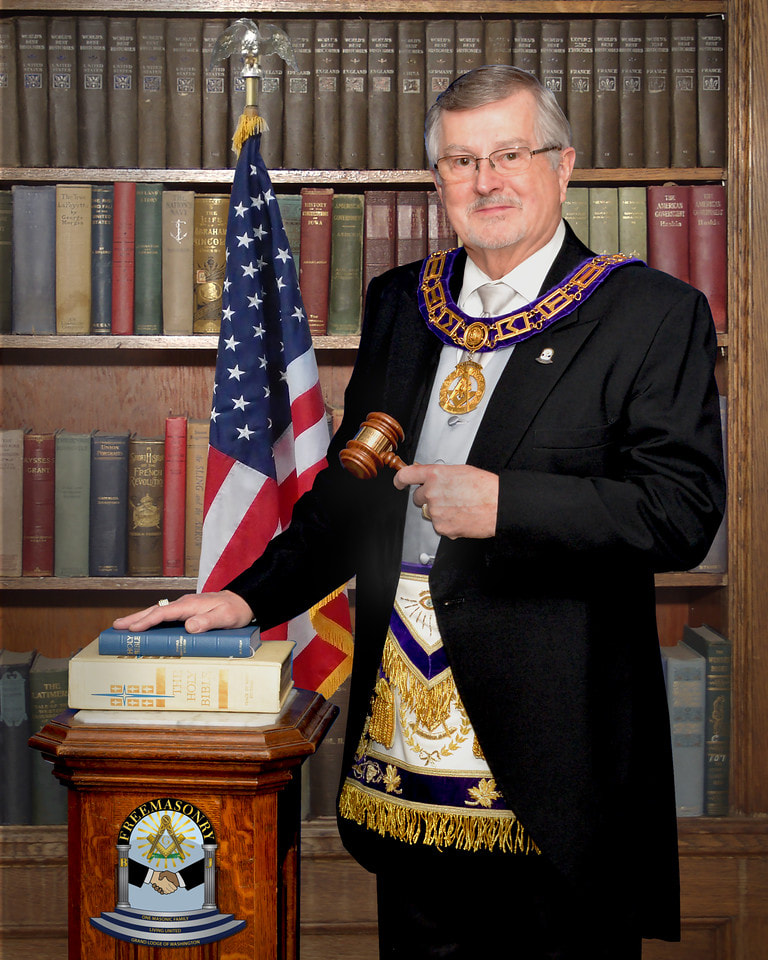 MWB Charles E. Wood, Grand Master from 2019-2020, is an honorary member of Centralia Lodge. He joined neighboring Chehalis Lodge in 1988, and presided over that Lodge shortly after that. He then returned to being active in the early 2010's, serving as a member of the finance committee for much of the decade, Deputy of the Grand Master in 2012-2014, then being elected to the Grand Line in 2016. He served as our Grand Master for the 2019-2020 year, and resides in Cinebar with his wife, Lorraine. 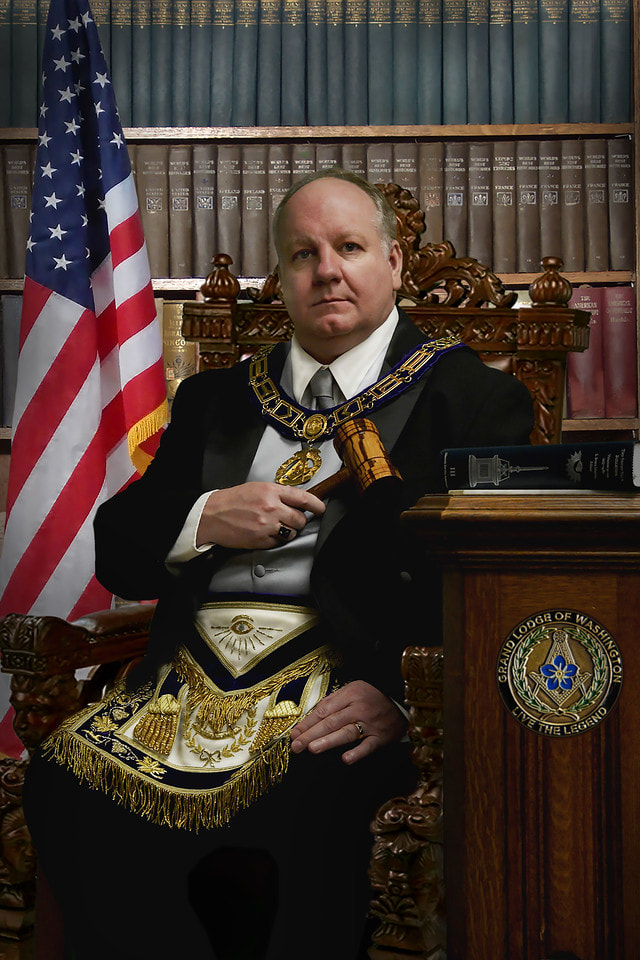 Our current Grand Master is MWB Cameron M. Bailey. He joined Sultan-Monroe Lodge No. 160 in 2010, but shortly afterwards moved to Centralia, joining our Lodge in 2011. Since that time, he joined the officer line and presided over our Lodge for the 2014-2015 year. He served as the Lodge Secretary for 3 terms after that, while serving as the Deputy of the Grand Master in 2016-2018. He was elected to the Grand Line in 2018, and became the first Grand Master in our Jurisdiction who is a Past Master and current member of Centralia Lodge, No. 63. He lives in Centralia with his wife, Melinda.